From March 4 to 6 2018, we ran a workshop in Hanoi — together with Vietnam’s National Institutes for Hygiene and Epidemiology (NIHE) — on the epidemiology and evolution of influenza virus in Vietnam. The workshop summarized the past 10 years of OUCRU-led and NIHE-led studies, whose aim was to determine the patterns of persistence, seasonality, and attack rates of influenza virus in Vietnam. Additional workshop goals included an assessment of the total influenza hospital burden, and the scale at which influenza virus evolution could be observed in Vietnam. The workshop included 41 participants, 11 of whom were international and 19 of whom were speakers. Twelve ministry-level officials attended from the Vietnamese Ministry of Health, including Dr Dang Duc Anh (Director of NIHE) and Prof Le Thi Quynh Mai (vice-Director of NIHE). Prof Kanta Subbarao — Director of the WHO Collaborating Centre for Reference and Research on Influenza in Melbourne Australia — attended the workshop and gave a presentation on the WHO’s global network for influenza surveillance.

Some of the key discussion points and results from the workshop were that:

1. There is no clear influenza season in any region of Vietnam. This is important because timing of influenza vaccination has been put forward by WHO as a potential regional vaccination strategy in tropical countries. Both national surveillance data as well as mHealth data on ILI cases support the lack of any consistent influenza season in Vietnam.

2. Year‐round influenza persistence appears to be well accepted. Based on phylogenetic data, syndromic reporting data, seroepidemiological data, and literature from neighboring countries, the evidence consistently supports an epidemiogical model where influenza virus transmission is persistent and year-round in Vietnam.

4. New methodologies for attack‐rate estimates were developed. These were necessary, as we do not know during what months an influenza epidemic should occur in Vietnam, which means it is
almost impossible to take a serological cross-section after an epidemic and compute the attack rate based on this single cross-section. The new methods do not require knowledge of an epidemic’s
occurrence (either past or anticipated). They suggest that influenza A/H3N2 annual attack rates in Vietnam range from 15% to 30% in typical, non-drift, H3N2 epidemic years.

Thanks very much to Wellcome Trust and Penn State for funding the workshop. Some pictures and descriptions follow below. 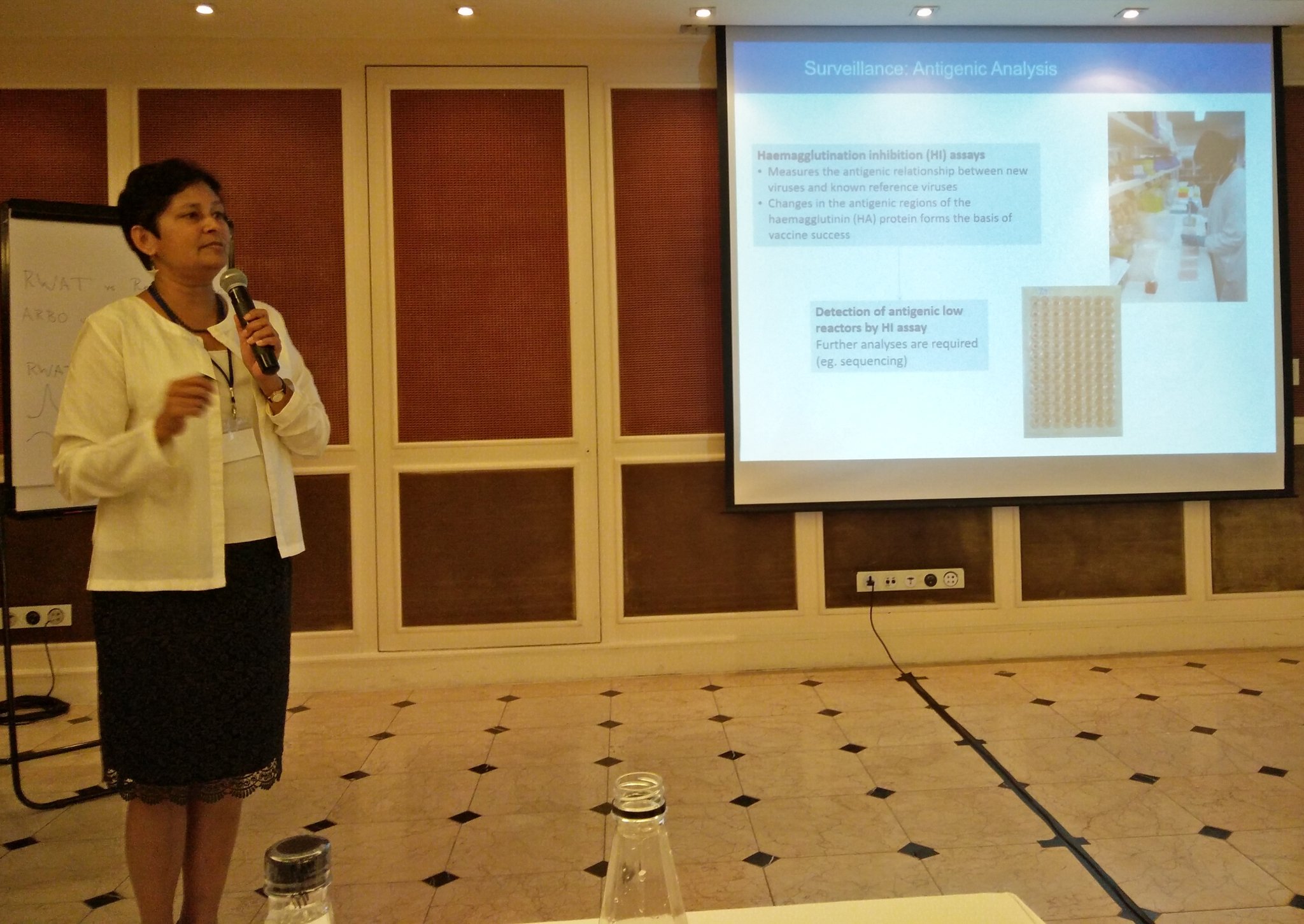 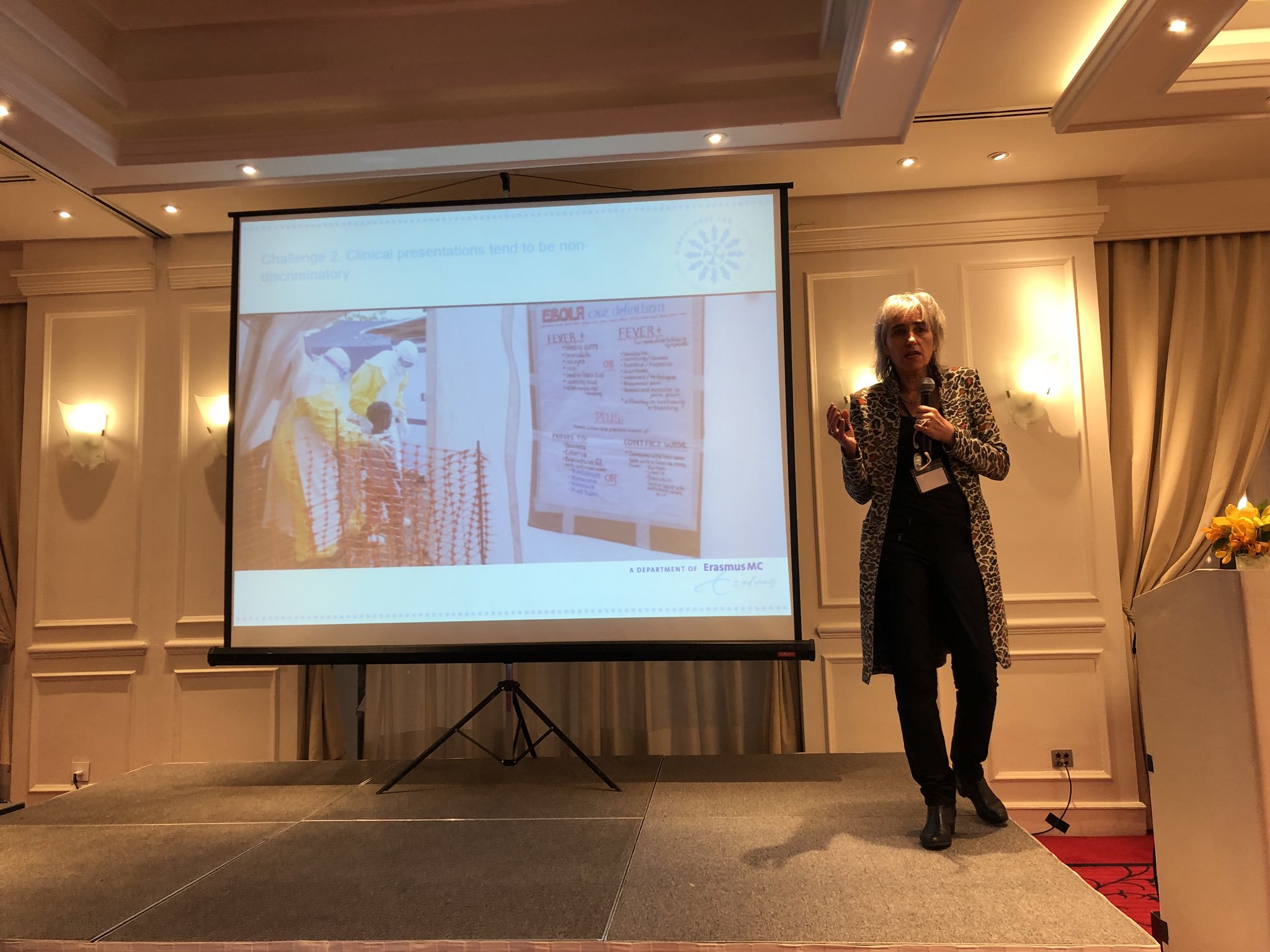 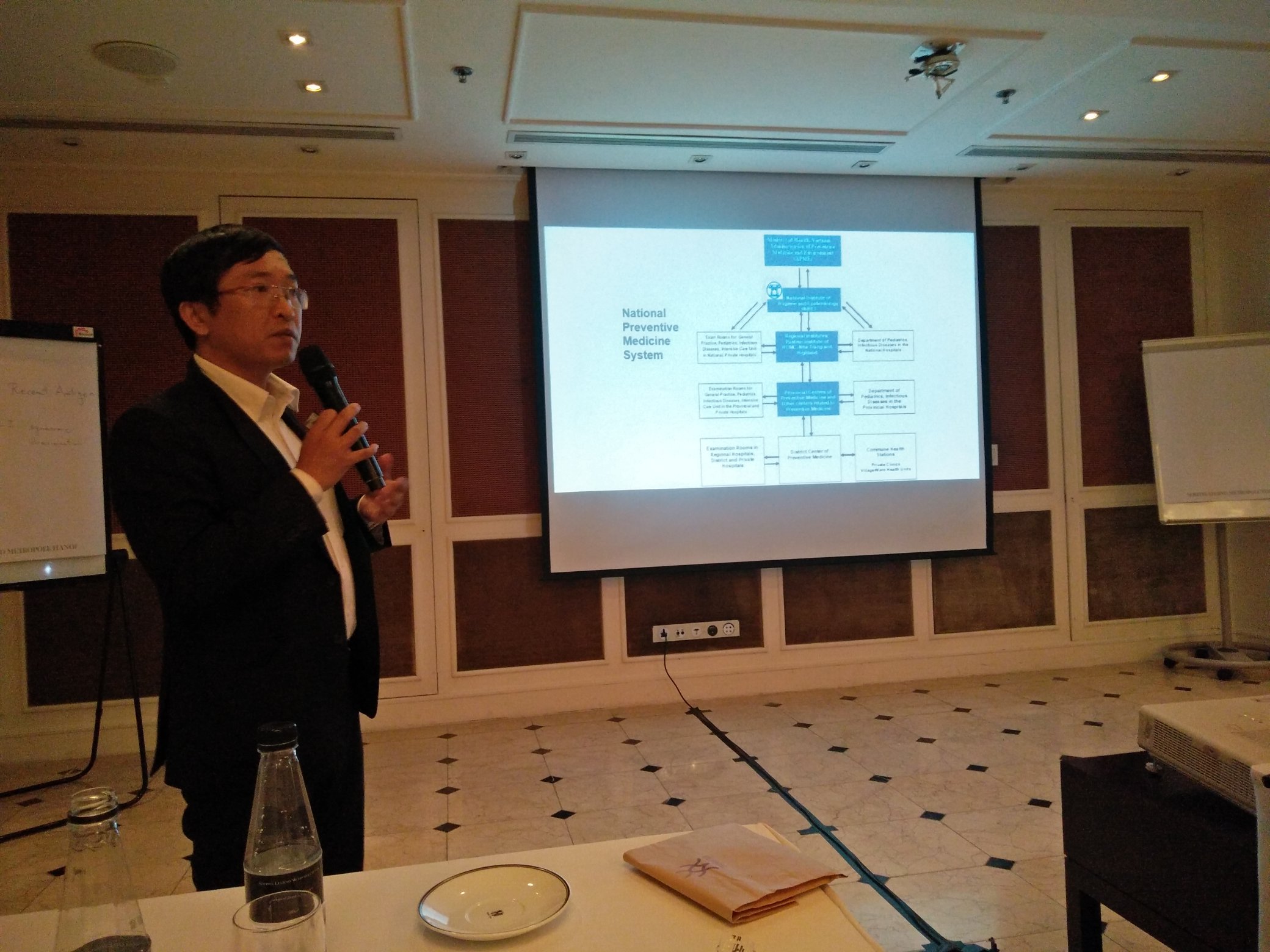 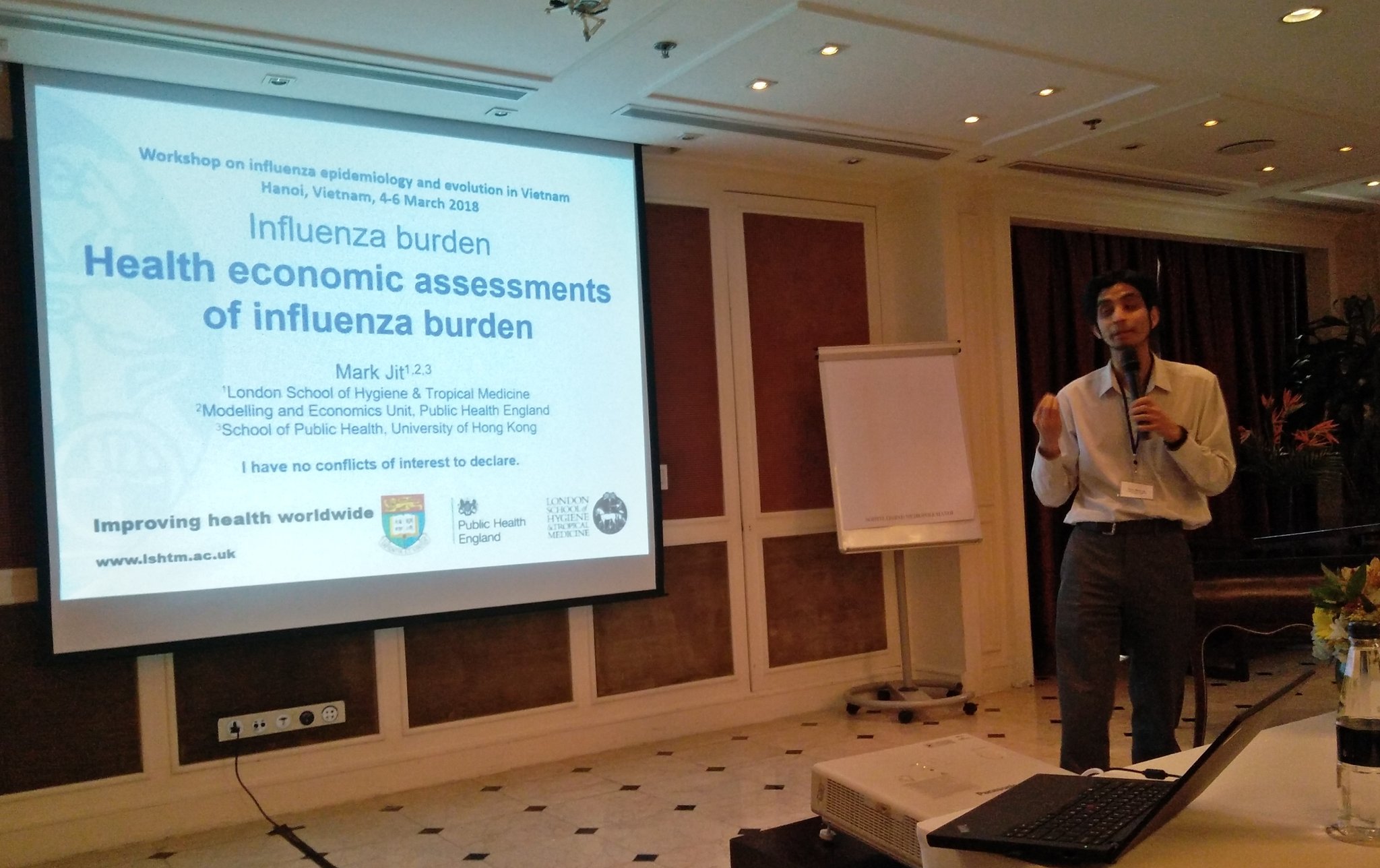 Prof Mark Jit — from Public Health England and LSTMH — giving a talk on carrying out health-economic assessments of influenza burden. 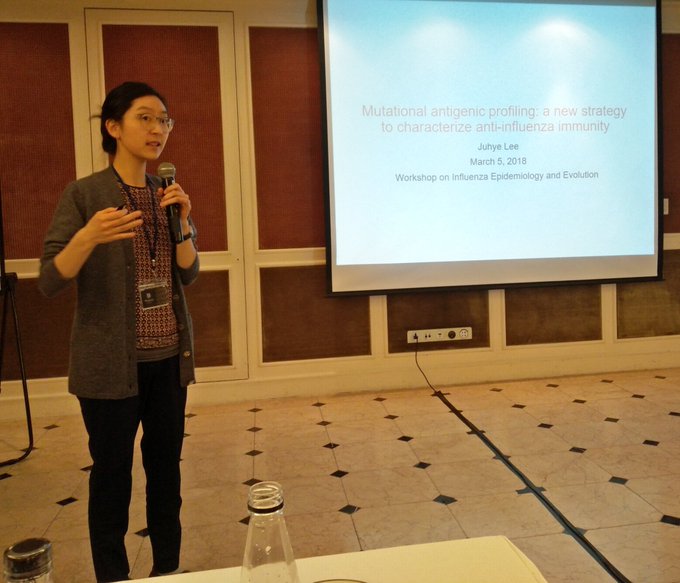 Juhye Lee — from Dr Jesse Bloom’s lab at the FHCRC — explaining how the Bloom Lab’s antigenic profiling methods can be used to determine which antigenic variants a population should select for. 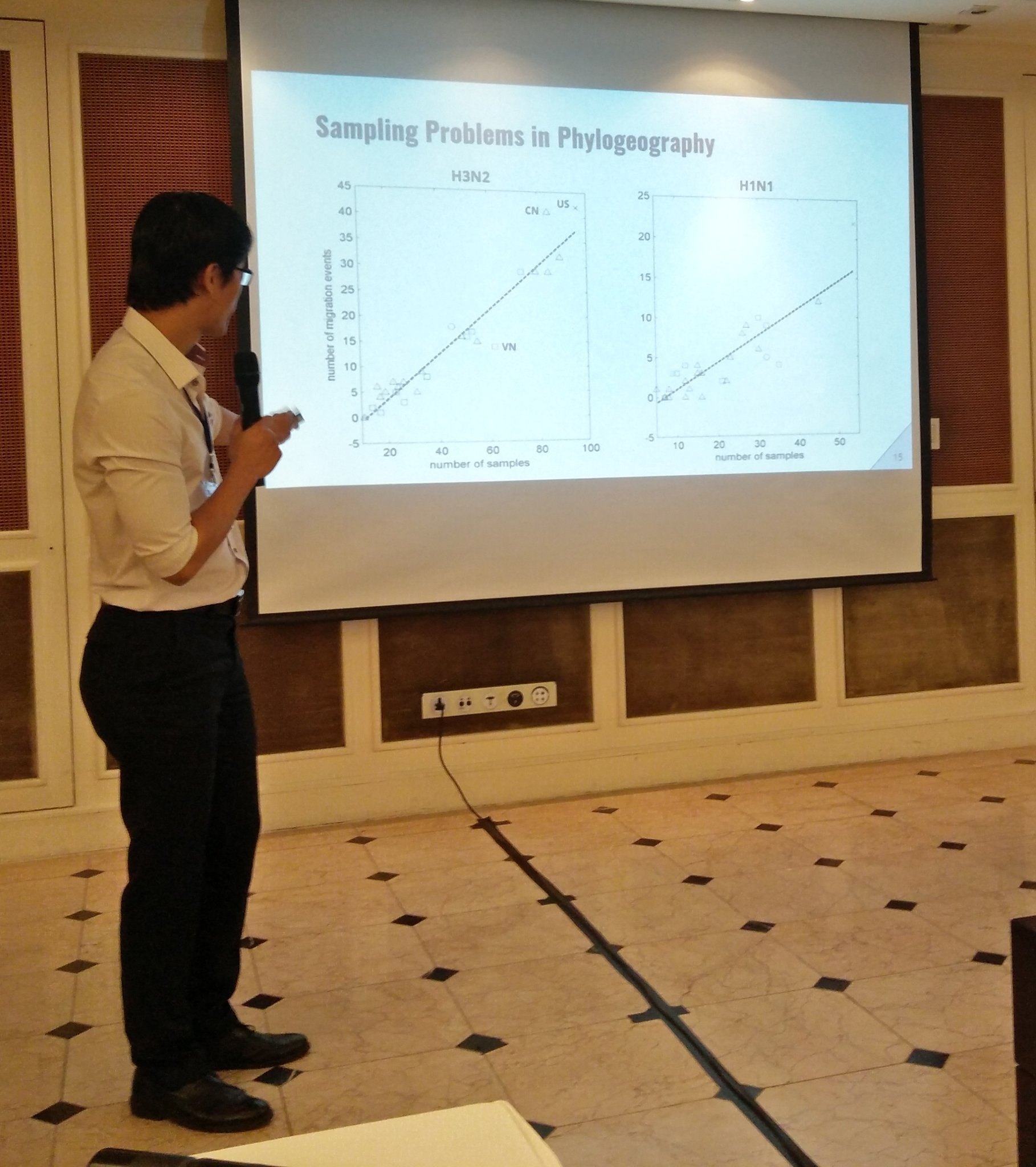 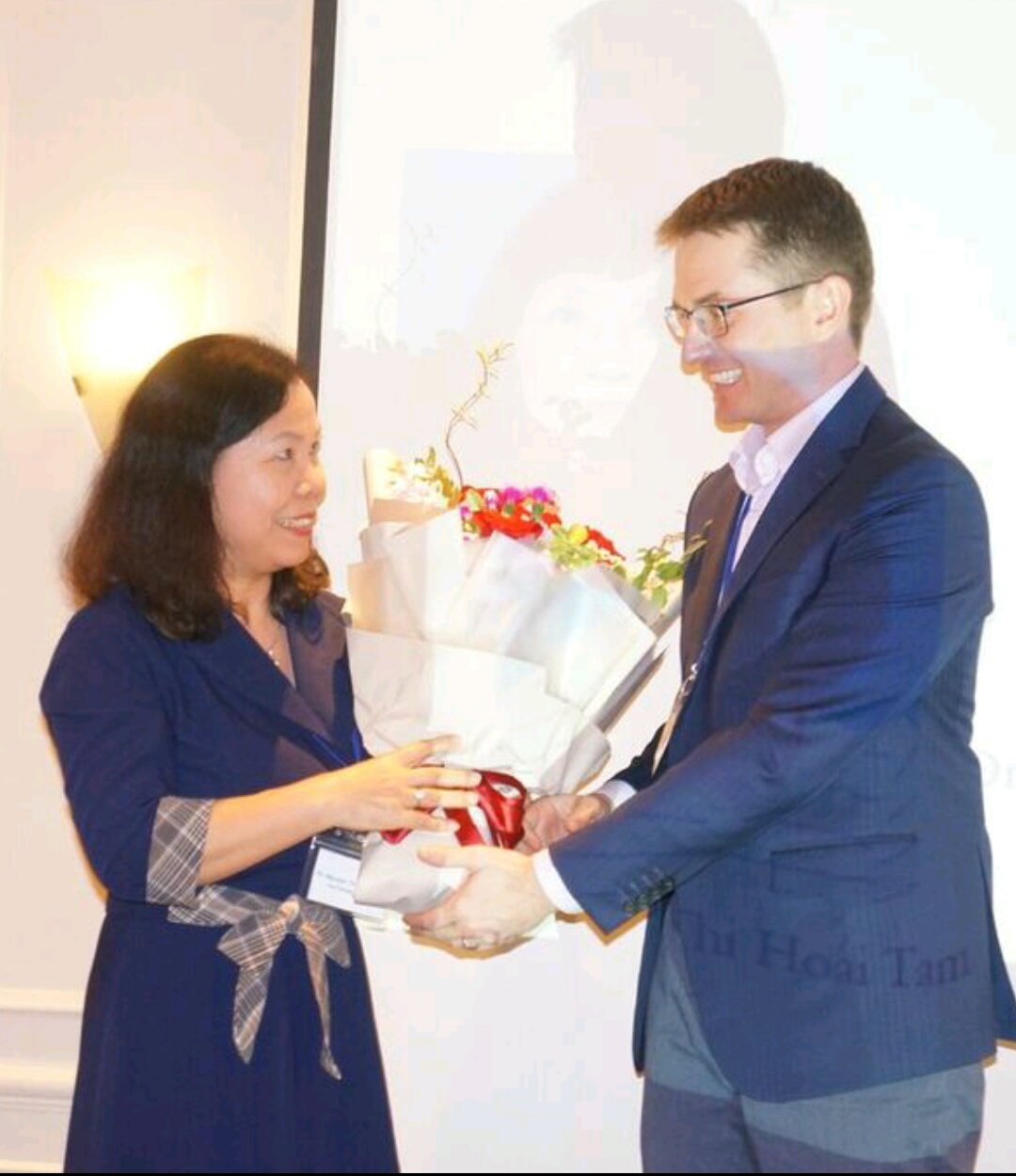 Nguyen Thi Le Thanh – study coordinator at OUCRU who did the heavy lifting on study management and administration for OUCRU’s serum bank and the community ILI mHealth study.